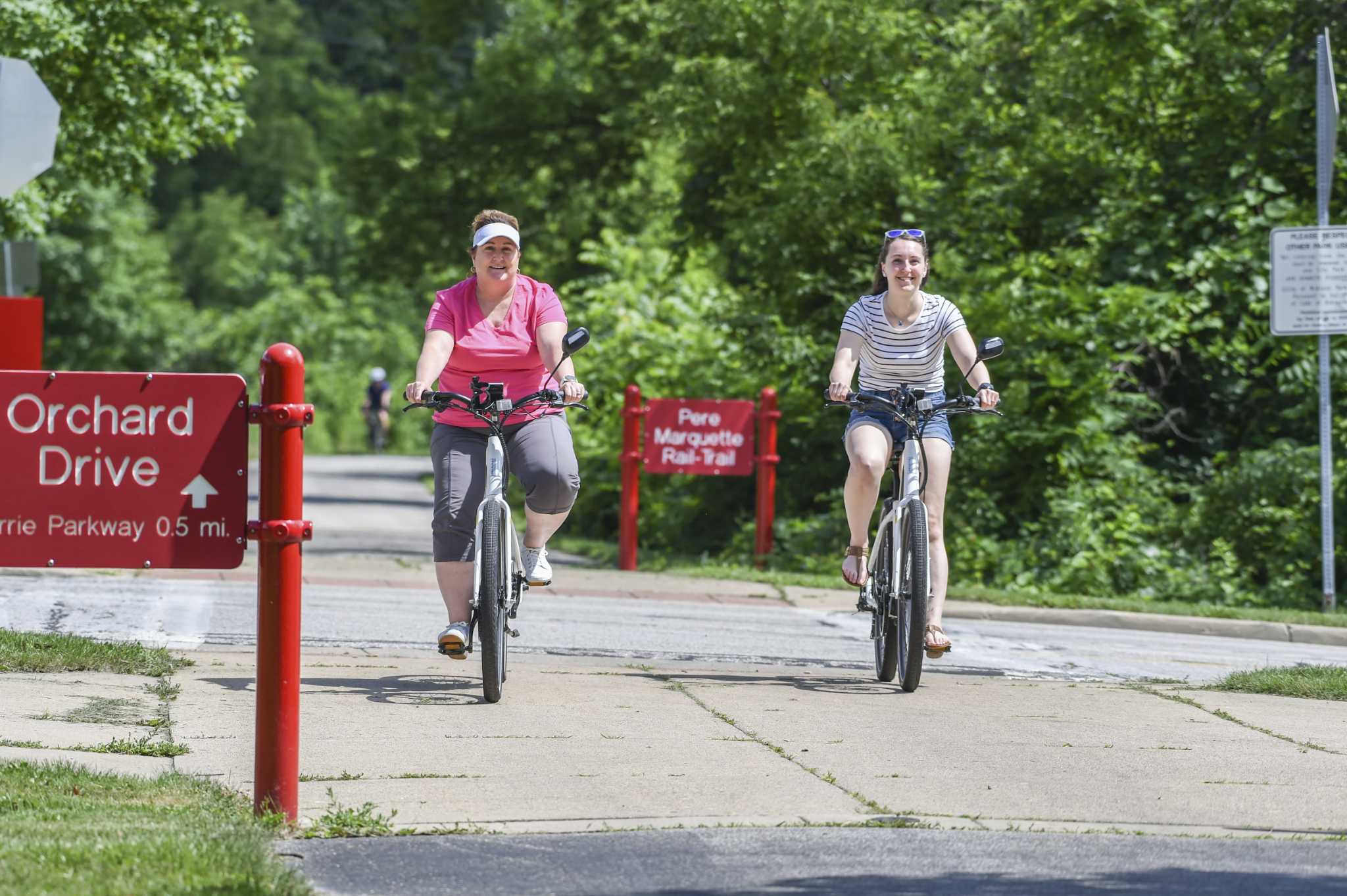 Stretching about 30 miles from Midland to Clare, the Pere Marquette Rail Trail welcomes cyclists, skaters and walkers – but it looked very different and stretched much longer in its original run.

Originally operating in the late 1860s, the Flint and Pere Marquette railway line stretched from Flint to Ludington and passed through Midland County.

The railroad was a mode of transportation for the Midlanders to get from Midland to Flint or Saginaw in much less time than taking the Belle Seymour steamboat on the Tittabawassee River – a trip that could take around 12 hours.

However, transporting people was not the only benefit of rail, said Jake Huss, head of historical programs and exhibitions at the Midland Center for the Arts. Huss also serves as the trail historian.

â€œIt not only revolutionized travel, but also business,â€ Huss said. â€œ(Midland) was, of course, a big one in the lumber industry and our whole area was covered in old white pine. When you set up a sawmill to do business, you have to have documents in circulation, you have to have mail, and you have to be able to bring people here. That’s how important the rail was.

After the Civil War, Midland was teeming with vacant land ready to be taken, and a large majority of new settlers made their way to and around Midland via the Flint and Pere Marquette railway line.

Herbert Henry Dow was one of the new settlers who made it to Midland from a train on the Flint and Pere Marquette railway line in the late 1890s – and he quickly left his mark on the city and the world by becoming one of the best known chemists and opening up Dow Chemical.

Jonathan Pierce also used the railroad to take the first construction train on the railroad to become the first settler in the newly founded village of Coleman shortly after the rail extended west to Midland in 1870. From there he built the Exchange Hotel and a mill which was responsible for building banks, churches and the business district.

After starting to operate in the 1860s, the trail itself has undergone several name changes. In the early 1900s, it changed from the “Flint and Pere Marquette Rail Line” to the “Pere Marquette” and was amalgamated into The Chesapeake and Ohio Railway in 1947.

In 1902, the railroad opened Union Station in Lansing and added the railroad’s main resort train – The Resort Special – in 1909.

After establishing itself as one of the best railroads in the state, the Pere Marquette went national as part of a multi-state rail system created by the Van Swerigen brothers in Cleveland, Ohio in 1929.

The train operated until the late 1980s and transported people and goods for over 120 years.

While the line benefited the region in many ways, it also had its fair share of disasters, many of which occurred in the early 1900s and 1910s. MCFTA archives show photos of depots and stations on along the Pere Marquette railway line and photos of disasters, including wrecks and train derailments.

In 1903, an accident killed 18 people in eastern Paris along the railway line. Shortly after, in 1907, the trail suffered Michigan’s worst railroad crash when two trains collided head-on on the rail east of Salem due to misinterpreted train orders – killing 30 people.

Some of the photos show the results of the 1912 flood and the washing of the tracks, causing a catastrophic derailment. Other documents show a train derailment near Smith’s Crossing, near the border between the townships of Midland and Ingersoll. An engineer and a firefighter were killed in the incident, according to the description in the archived photo.

Another archived photo from September 1986 shows the depot on Rue Ann Pere Marquette surrounded by water as the river climbed to a historic and catastrophic height of 33.89 feet. Other archived photos show Brown Lumber and the Farmers Market submerged in water during the March 1976 flood.

After the railroad shutdown in the late 1980s, it became a project of the locals to turn the rail into something good for the community. The terrain was already flat due to the railroad taking up the space, so the first section of the trail itself was completed in 1993 and extended to Coleman in 1994.

The trail was extended to Clare in the early 2000s and has been that way ever since. While there have been discussions in the past about expanding to Ludington – an original location on the railroad – no expansion talks have taken place in recent years.

Now, the trail is a great source of exercise for walking, in-line skating and cycling for locals – and it helps preserve the memory of the historic railway.

As a youngster, Huss said he remembered taking birthday trips to the trail where he and his family would take a bike ride to celebrate the occasion. As a historian, he said he liked that the trail and its history could be preserved into something beneficial to the community.

â€œNot everything can be turned into a museum,â€ Huss said. â€œOne of the best ways to truly preserve our history is to use it in a modern way. â€¦ It’s history, the mere fact that the rail trail is called Pere Marquette Rail Trial is important to the heritage of our region – its very existence is a monument to our history.