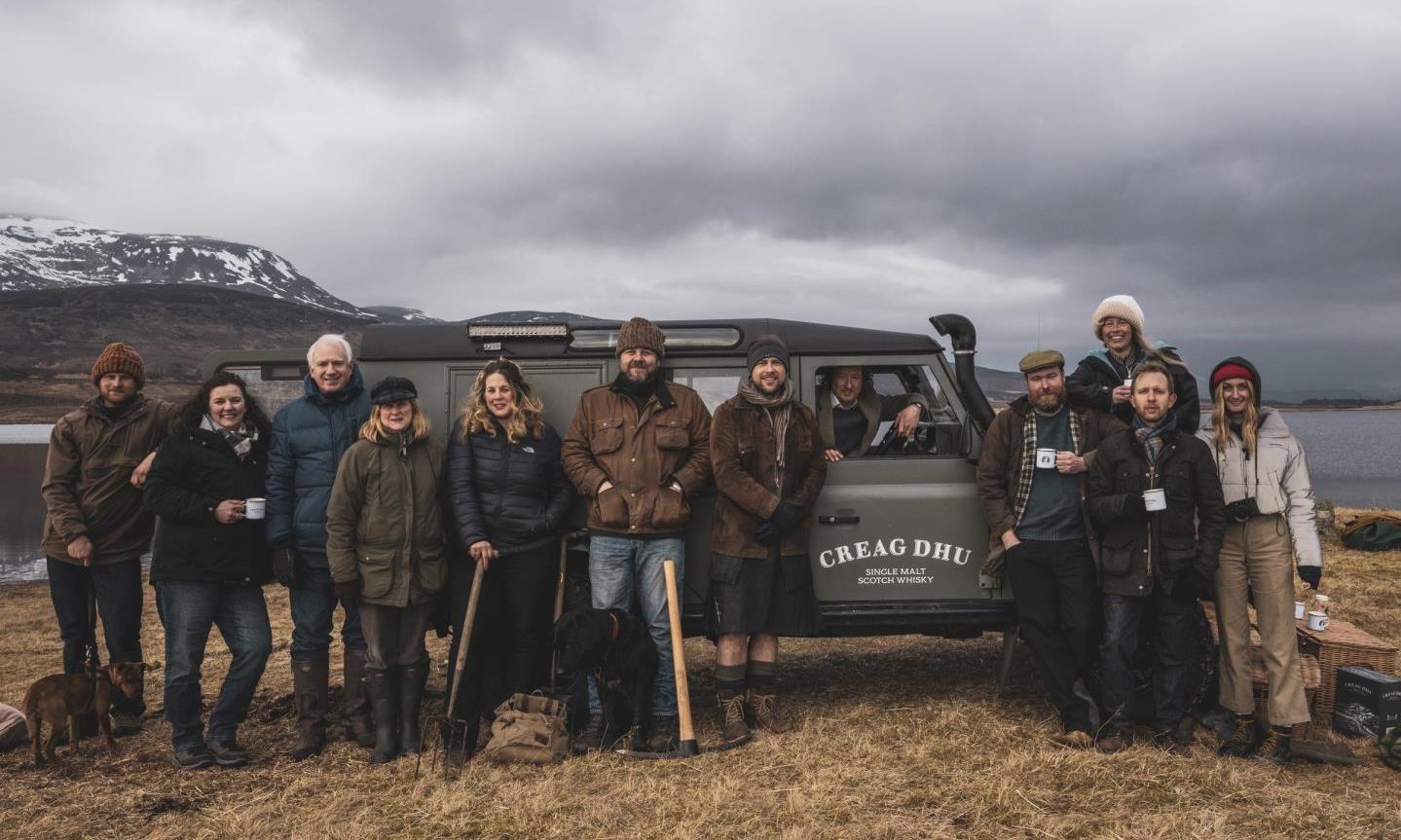 Produced by the team behind the multi-award winning Daffy’s Gin at the Strahmashie Distillery, at £ 34 for a 70cl bottle, Creag Dhu is hailed by whiskey experts across the board as one of the single malts at the best value for money on the market.

It is also a world first on an environmental level, being the main beverage brand to issue an official carbon offset certificate with each bottle linked to peatland conservation projects in which the team is involved.

The first version has been selected by Harrods and Harvey Nichols as a key brand for 2021, and this month it will be available at Co-op stores and major independent retailers across the country as well as on their website and Amazon.

“We tested it with friends and the feedback has been incredible, but it’s obviously from peers. However, we became more confident and went into the market this year, ”said Chris, who was a distiller at Diageo before creating Daffy’s and Creag Dhu.

“Harrods chose us as the Strategic Spirits Brand for the Year, we won the Whiskey Master Award and got excellent reviews from Whiskey Consultants and Critics, Blair Bowman and Dave Broom, which gave us the confidence to be to catch our breath and crack. “

Blair Bowman, Whiskey Consultant and Broker, said: “Creag Dhu is a delicious and fruity whiskey. It is very accessible but still has a lot of depth of flavor thanks to the influence of the sherry casks.

“It offers nice layers of warming spices and sweet fruits. Like dried apricots soaked in honey with star anise and vanilla bean.

Dave Broom, whiskey critic, added: “Great confidence and style. A whiskey of this quality for £ 34? Form a messy queue! ”

On the environmental front, Creag Dhu is working hard on a project to restore some of the region’s peatlands, one of nature’s most important carbon reservoirs and an essential element in the fight against climate change.

Over the past century, British and Irish peatlands have undergone rapid deterioration and degradation due to agricultural practices and peat extraction, releasing thousands of tonnes of carbon into the atmosphere and destroying local ecosystems. a diverse and essential fauna.

The company’s restoration projects reduced carbon dioxide emissions equivalents by 10 kg for every bottle released over the next 30 years – the equivalent of 1,295 smartphone costs, 2,610 bulb hours or 1,140 km traveled in the EuroStar train.

“We’re surrounded by bogs here at the distillery and for years we’ve been improving them because they’ve been drained,” Chris revealed.

“We contacted the people of Peatland Code who are the official body that regulates peat and restoration. We showed them the work we were doing and they were very impressed.

“They said based on the work we’re doing that we can officially accredit it and say we’ve saved so many tonnes of carbon and we can distribute it among the bottles that we release.

“Originally, we were very focused on wildlife because we saw that if we plugged the drains and restored the peatlands, wildlife would come back and obviously carbon restoration was part of that as well. For us, it was a win-win.

“Whiskey has a long association with peat, although our whiskey was not peated it was obvious to put the two together.”

“Demand through the roof”

“Demand has exploded,” Chris continued. “We’ve placed with Co-op in Scotland and Harrods and Harvey Nicholls in the south and now we’re breathing. Then we have foreign clients with whom we will place.

“We only have enough stock for 20,000 bottles in the first year, then hopefully 40,000 bottles in the second year, and then we’ll build after that. We will also be releasing it at 15 and 21. It’s a very strong period for Scotch whiskey and our whiskey ticks all the boxes.

The whiskey has a deeply flavorful profile that Chris attributes not only to the liquid itself, but to the processing of the casks on which the team uses charring and roasting techniques.

The 44-year-old added: “When I was a distiller at Diageo, we had a program focused on charring and roasting the barrels. With roasting you get all the spicy and fruity notes that come out and all the flavor, and with charring you get the sweetness that comes out.

“It has been our mission with Creag Dhu for the past year to focus on the balance between charring and roasting to achieve the optimum balance between fruit and spice versus flavor.”

Find out more about whiskey …