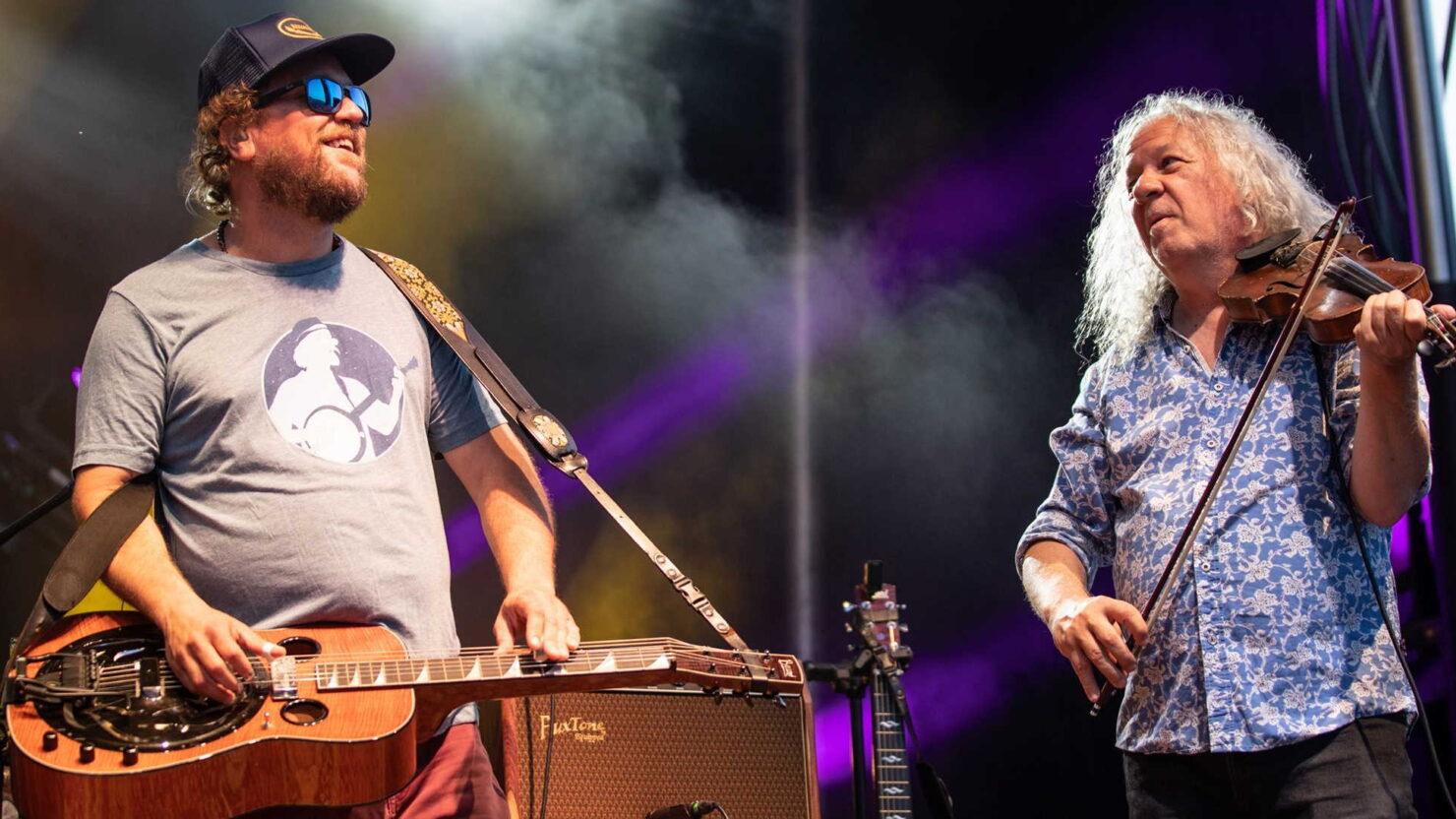 Greensky Bluegrass delivered the second night of their three-night stand at Shagbark Farm in Caledonia, Michigan on Saturday. GSBG hosted members of the Railroad Earth opening group throughout the show.

Greensky kicked things off with an opening segment of “Less Than Supper” and “Run Or Die”. Railroad Earth multi-instrumentalist Tim Carbone then joined us and played the ethereal violin before guitarist Dave Bruzza led the band through his song “Bottle Dry”. Carbone then helped Greensky dust off “Hoxeyville”. The song was last performed in early 2019 for a total of 123 shows, according to Phantasy Tour. GSBG’s Shagbark camping event was hosted by the same team that hosts Michigan’s Hoxeyville Festival, which takes place in August. Carbone stayed for “Lose My Way” before leaving, after which Greensky hosted singer-songwriter Willy Tea Taylor on guitar for the first GSBG of his song “Molly Rose”. The quintet then went it alone on “Demons” before getting closer to “Leap Year”.

GSBG kicked off the second set with “Past My Prime” before “Fixin ‘To Ruin”, the new track “Stress Dreams” (second time), “The Radio Blues”, “What Happened to Jim?” and “Can’t Stop Now” by Newgrass Revival. Carbone and his RRE bandmate John Skehan emerged for Grateful Dead’s “Cassidy”. The collaborators got into trouble after going through the song which featured Skehan working his mandolin and Carbone also delivering a flying violin solo. Closer ensemble “Don’t Lie” emerged from “Cassidy” which saw Skehan and Paul Hoffman exchange mandolin blows.

But Greensky hadn’t finished yet. The quintet would play a late night bonus at a campground pagoda around a single mic. Carbone also joined in the fun of “I’m Still Here” by John Hartford, “Down The Road” by Flatt & Scruggs (last performed in Hoxeyville in 2018) and “Atlantic City” by Bruce Springsteen. Additionally, the late-night set included a bust of Jim & Jesse’s “Never Love Anybody But You” for the first time in 912 shows, according to Phantasy Tour.

Check out the pro video below with “Less Than Supper” and “Run Or Die” from last night’s first set:

GSBG shared a video of “After Midnight” from the late night set. Check it out:

The third set took place after the recall from the main show. Single microphone, in a pagoda of the campsites.

Again: tonight I will stay here with you [1]

Third set: bring mail from Georgia, little ax I’m still here [1], Down the road [1], Atlantic City [1], Never love anyone but you, the four, after midnight, old barns, when the doves cry

Greensky’s three-night run at Shagbark Farm ends tonight with Steppin In It opening the door. A livestream of the concert can be purchased through HYFI.