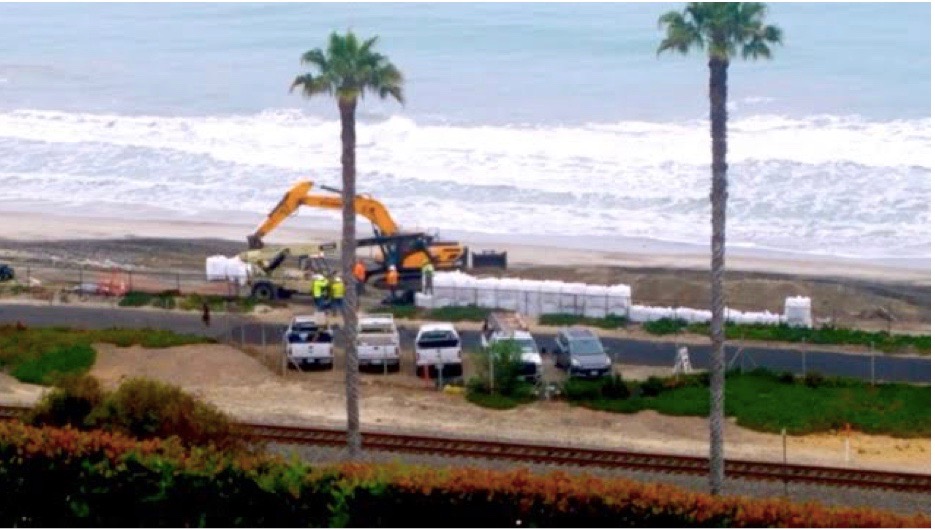 This tumultuous year has proven the essential character of local non-partisan news. Every day, we bring you essential news to stay informed and active in the community. Join us with a tax deductible donation.

When residents and business owners of Capistrano Beach (“Capo Beach”) received a colorful postcard asking for public input on the “Serra Siding” project, most were mystified. Aren’t sidings generally placed in industrial areas where stacked and idling trains would have little negative impact? But the map telegraphed Metrolink’s intention: someone clearly thought the 1-mile stretch between Victoria Blvd and Beach Road along a very popular and heavily eroded public beach was a great spot for a lane. avoidance. This is not the case. In fact, they couldn’t have chosen a worse place. And now residents are wondering if the coating is really necessary. Here are some of the main issues:

Officials from Metrolink and OCTA, which owns the right of way and is responsible for public outreach for the project, were dismayed when letters of comment poured in – so many that they extended the outreach period. from the public twice, first until May 31.st, then until July 31st. Residents were frustrated with the lack of answers to key questions.

Where is the local needs assessment? As Metrolink trots the Lossan’s service development plan Like its “needs assessment,” residents complain that the projections are seriously out of date, relying on Moody’s demographic projections for 2011 that were far from today’s reality. No public workshops for the 2013 plan were held in Orange County. When Voice of OC published an article on the project, Metrolink officials said the siding would prevent delays and reduce train idling in the area, but locals can attest that it doesn’t There are no delays, no idling and South County trains are regularly near empty.

Why was an industrial zone immediately to the north not considered for the coating? Over 2.2 miles of double track exists directly north of the proposed site. These could be linked to more double chases from San Juan Capistrano with almost no impact. In fact, OCTA has already approved funds to replace a railroad bridge over San Juan Creek, including providing a base for a future double track. If the siding is indeed necessary, why would Metrolink choose a highly sensitive visitor service area over this low impact industrial area that runs parallel to Highway 5?

Why would anyone add $ 50 million in long-term infrastructure along one of the most eroded beaches in Orange County? Doheny Beach closed its south parking lot 3 years ago as chunks of asphalt started and continued to erode in the waves. At Capistrano Beach, a basketball court, restrooms, sidewalks and 80 parking spaces have been lost to crashing waves over the past two years. This month, OC Public Works crews are bulldozing and stacking huge sand cubes at Capo Beach in an effort to save part of a long coastal path in a state that has been repeatedly threatened. by high tides and coastal waves. The trail is about 30 feet from the OCTA right-of-way, part of a nine-mile coastal alignment mentioned in OCTA’s own climate report as an endangered stretch that the Coast Commission wish to move inland. Three miles to the south, San Clemente Tracks is near a similar eroding shoreline where recent photos have captured waves hitting a train as it rounded the tight bend at Cotton Point. The climate report estimates that the adjacent promontory of Mariposa, where a severe landslide and runway closure occurred last year, will be in serious trouble as early as 2040, in less than twenty years.

Why would someone spend $ 50 million in public money on new infrastructure here, especially since it doesn’t seem necessary?

Toni Nelson is a retired CPA and founder of the community non-profit organization Capo Cares, an advocacy group for the community of Capistrano Beach in the town of Dana Point. Since 2014, Capo Cares has been following issues of interest to community members, such as coastal erosion, beautification, public health and safety, local politics, and artistic and cultural events. The group informs the community through periodic newsletters and daily posts on www.Facebook.com/capocares. Nelson writes frequently on topics related to coastal erosion as a community contributor to www.patch.com/lagunaniguel-danapoint and can be contacted at capocares@gmail.com

The opinions expressed in community opinion pieces are the property of the authors and not of Voice of OC.

Voice of OC wants to hear different perspectives and voices. If you would like to comment on this or other issues, please send an email to opinions@voiceofoc.org.